WATKINS GLEN, N.Y. (May 18, 2021) – The Watkins Glen International (WGI) Race and Community Enrichment (R.A.C.E.) Foundation made a significant community impact in 2020, despite the ongoing pandemic. The R.A.C.E. Foundation contributed $34,000 to 15 local non-profit organizations through grants, donations, and in-kind contributions. In September, WGI hosted a Victory Lap event benefitting the foundation where fans drove their personal vehicles three laps around the track.

R.A.C.E. is designed to meet the needs of local underserved populations with a focus on youth-oriented support. The foundation fosters meaningful fundraising efforts, while also leaning on support from the international racing community.

“The Race and Community Enrichment Foundation provides us an incredible platform to give back to the Southern Tier and upstate New York region,” said WGI President Michael Printup. “We love this region and given the ongoing pandemic, we are especially proud that we can continue to support each other and our community during this difficult time.”

In 2020, WGI donations varied by organization and amount with $3,000 donations made to the Food Bank of the Southern Tier, Tanglewood Community Nature Center, Inc., National Soaring Museum, Arnot Ogden Medical Center Foundation, Inc., the Buffalo Puerto Rican and Hispanic Day Parade, and Meals on Wheels Chemung County, among others.

“Last year was a year unlike any other and we are so thankful to continue to receive support from Watkins Glen International,” said President and CEO of the Food Bank of the Southern Tier Natasha Thompson. “The Glen is committed to our region and helping to improve the lives of local residents as we work together to build and sustain hunger-free communities throughout the Southern Tier.”

At the onset of the pandemic, Watkins Glen International served as a meal pickup location for the Watkins Glen Central School District providing bagged breakfast and lunch for students. In April, The Glen provided its Official Pace Car to lead the Cayuga Medical Center Healthcare Heroes convoy through downtown Ithaca as two buses of healthcare workers traveled to New York Presbyterian Hospital in Manhattan during the height of the COVID-19 outbreak in New York City. Later that month, WGI President Printup and his staff surprised healthcare workers of Schuyler Hospital Cayuga Medical Center in Watkins Glen with dinners delivered during their shift.

During the summer, WGI hosted Watkins Glen High School and Odessa-Montour High School commencement ceremonies that included laps around the track. The Glen also partnered with the Food Bank of the Southern Tier to host three drive-thru food pantries in its NASCAR Cup Series garages. In September, The Glen worked with The NASCAR Foundation on behalf of the R.A.C.E. Foundation on its Speedy Bear Brigade where staff delivered special teddy bears to children’s hospitals including Roswell Park in Buffalo and Golisano Children’s Hospital in Rochester.

This year, the 2021 Watkins Glen International season kicked off April 10 with Opening Weekend, an event highlighted by the opportunity for fans to take their car on the road course for three paced laps and a first-time online auction with The NASCAR Foundation to benefit the R.A.C.E Foundation. To highlight the impact the foundation continues to have on the local community, Make-A-Wish Foundation alum and Corning, NY native, Liam Hickey, served as the ambassador for the two-day event.

For more information on the R.A.C.E. Foundation, please visit www.TheGlen.com/RACE. 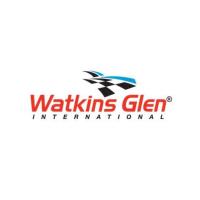