My first week as a Greater Wilkes-Barre Chamber of Commerce intern was a busy one. We joined the team right at the end of the planning and organization for the “EPIC Awards,” which is an annual award show that honors outstanding business men and women in the area. So as you can guess, we were immediately thrown into the action. My supervisor, Meghan, immediately pulled me into the thick of it. I was able to give my own opinions about the assembly of the booklet and proofread it for errors once it was complete, which was a great start. I also got to edit the script that would be used for the show.

My favorite part of the week was writing blog posts. Each award winner had a blog post written about them that would be featured on our website and on all of our social media. Most of the award winners were already written, but there were still two that needed to be done. Meghan handed over the reins and I was able to put together my own blog posts that were then published. Those two posts were the first two that I’ve ever published, so it was a pretty awesome experience.

Finally, the day of EPIC came around. 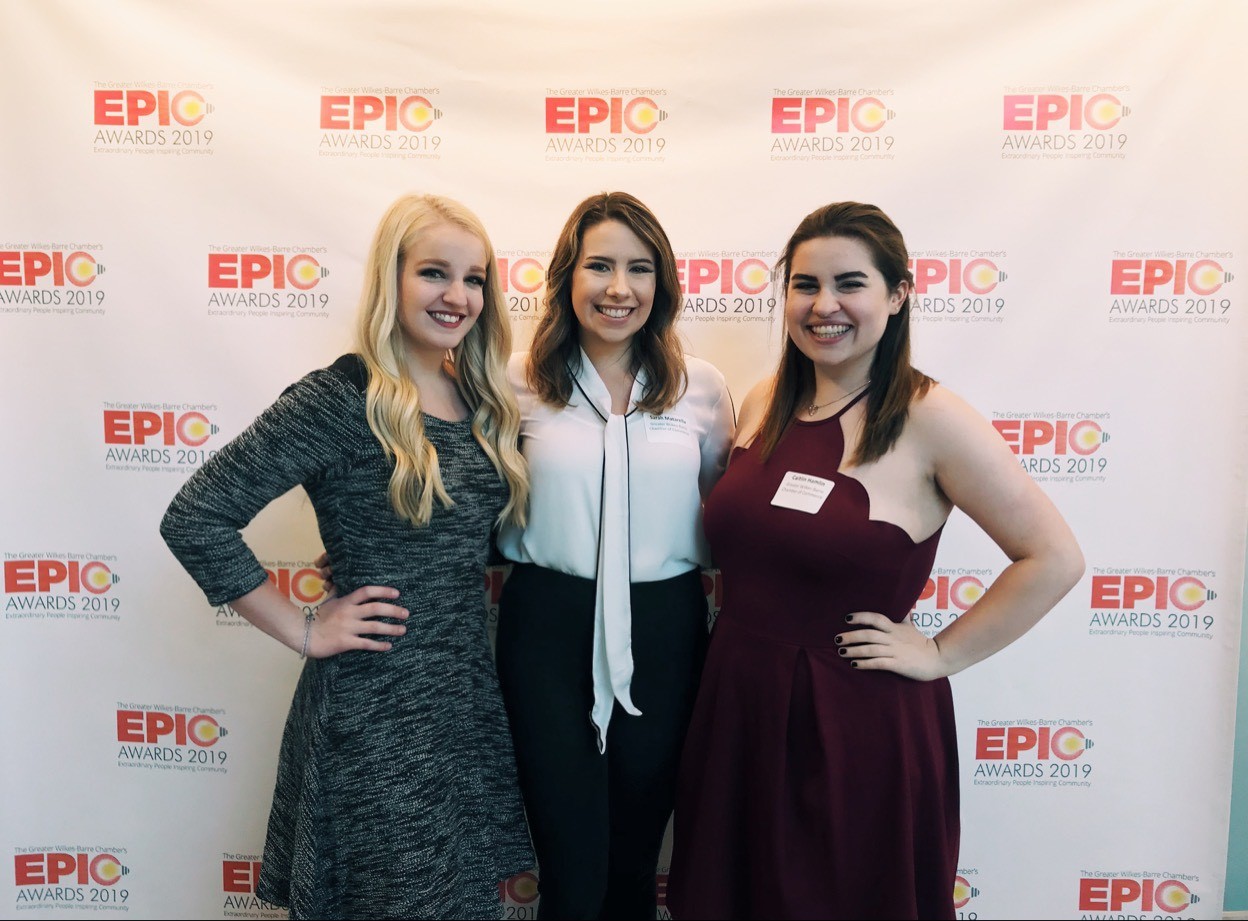 We arrived at the Wyoming Seminary Kirby Center of the Arts to find an absolutely amazing setup. The auditorium was waiting for all of the guests to fill it for the show. Outside in the lobby, all of the food vendors began setting up their stations for the after party. When the guests of honor arrived, they were whisked away to do a “red carpet” interview for Facebook Live. If you haven’t seen it yet, you definitely should. The show was absolutely amazing. It perfectly highlighted the achievements of every single award winner and the videos and special performances made it that much better. After the show, the reception began. Vendors from all over the area brought different kinds of food and drinks for everyone to enjoy.

The interns had a few roles that night, most of which revolved around pizza (best job ever, in my opinion). We were tasked with picking up the pizza at Rodano’s. It was a pretty big order, I’m talking boxes on boxes of pizza and flatbreads to share with the guests. When we finally got all the food inside, we set up the pizza for the reception and then handed it out to everyone that was in the mood for pizza. That included myself, who got to snag some leftovers when the night was done.

All in all, it was a pretty awesome first week. I really liked that we were immediately thrown into it. It showed me a lot about how things work around here and all of the amazing things that the Chamber does for others in the community.